The Food and Drugs Authority (FDA) wishes to correct some misinformation in recent social media posts on the meanings of Price Look-up (PLU) codes commonly known as "fruit stickers" which has led to diverse reactions among the consuming public.

The PLUs are 4- or 5-digits that are used in the labeling of fresh produce and typically appear on a small sticker applied to individual pieces of fresh produce largely for the purposes of identification of particular products, their variety, and size group. They are also used by supermarkets to manage check-outs and inventory control. These numbers form part of voluntary standards that are assigned by the International Federation for Produce Standards (IFPS) for marketing purposes. 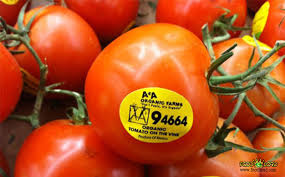 The International Federation for Produce Standards (IFPS) comprises national produce associations from around the world, whose aim is to improve the supply chain efficiency of the fresh produce industry through the development and harmonization of international standards.

Produce PLUs are randomly assigned within the 3000 and 4000 series of numbers. These individual numbers within the 4 or 5-digit number are generated from a database to represent conventionally grown produce. On the other hand, organic produce bears the number '9' as a prefix.

However, it is important to note that, in a press release issued by IFPS on 20th July 2015 a range of digits with '8' as a prefix (eg-83000 - 84999) were once reserved for Genetically Modified Organisms (GMO) produce items, but these were never used.

In Ghana, the requirements for the import and export of fruits and vegetables form part of the core operations of the Ministry of Food and Agriculture's Plant Protection and Regulatory Services Directorate (PPRSD) and inspections are jointly done by both the FDA and PPRSD to ensure that all phytosanitary requirements of these produce being exported or imported are fully satisfied before they are cleared.

Moreover, a recent study conducted by the FDA to ascertain the types of PLUs available on the Ghanaian market showed that most of the fresh produce did not bear any such codes except for a few that had the codes that were in the 4000 series indicating "conventionally grown", although others were found to bear codes in the 5000 series and 6000 series that were not consistent with the PLU coding system.

To this end, we can safely conclude that none of the fresh produce on our markets bears a range of digits with "8" as a prefix to indicate GMO produce.

However, it is instructive to note that both conventionally grown and GMO produce are equally safe for consumption as long as they are properly handled to avoid contamination.

Indeed, as the FDA continues to explore effective ways to regulate fresh produce in the country, it has begun consultations with relevant stakeholders to adopt similar coding systems that will deliver a reliable traceability system and help to curb the myriad of challenges such as adulteration confronting the agro-processing industry.

The FDA exist to ensure the safety, quality and efficacy of human and veterinary drugs, food, biological products, cosmetics, medical devices, household chemical substances and clinical trials, and the control of tobacco products through the enforcement of relevant standards to protect public health.